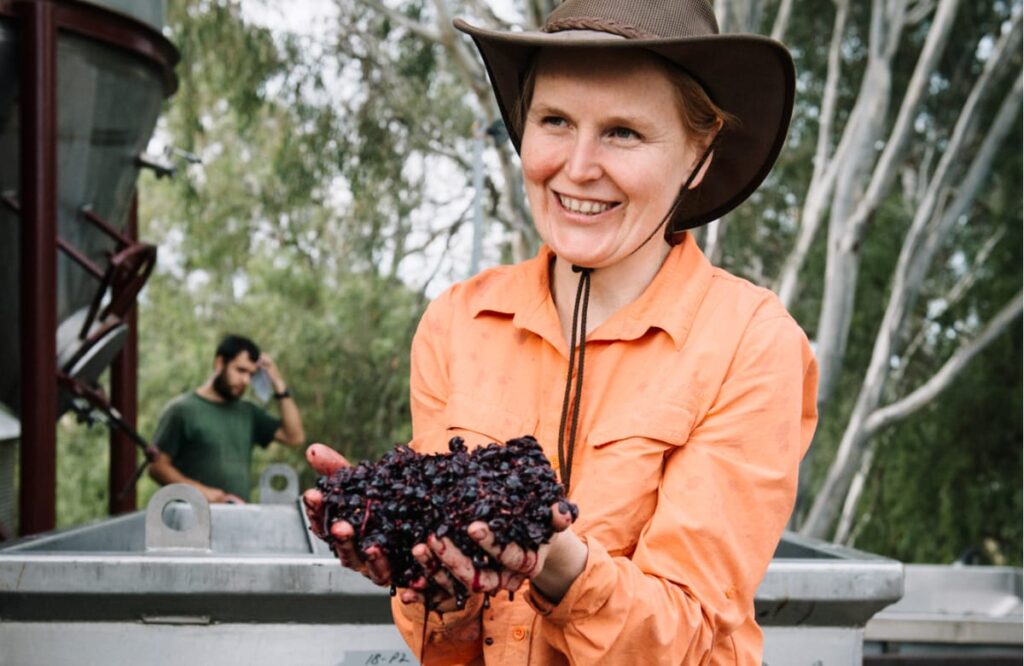 For the love of Gamay

Jen Pfeiffer’s love affair with Gamay goes back to the very beginning of Pfeiffer Wines. Her parents, Chris and Robyn, bought their Wahgunyah property from Seppelts nearly 40 years ago when the vineyard was one of only two in Australia experimentally growing the rare French varietal, a cousin of Pinot Noir from the Beaujolais region near Burgundy.

Through early trial and error, Chris, then Jen, who became winemaker 20 years ago, developed and finessed a technique for successfully producing limited releases of Gamay, creating a cult classic that is celebrated annually with a Pfeiffer Phrolic, a joyously long lunch on Pfeiffer’s Sunday Creek Bridge.

For Jen, Gamay is “just an awesome wine! It’s really fresh, with beautiful lively fruit flavours of summer berries, full of strawberries, cherries and raspberries just exploding from the glass but with lots of complexity and savouriness on the finish.”

For winemaker Jen Pfeiffer, “Gamay is different and it’s challenging – there’s high risk and high reward – they’re the wines that keep you focused and on your toes and bring the most pleasure when they work.”

The fruit is handpicked then added, stalks and all, to bins lined with food grade plastic bags then fermented by carbonic maceration (CO2 + yeast) and after two weeks, the bags are opened and then the fun begins.

“We get our shorts on and shoes off and we foot tread the fruit, three times a day, with all the stalks and all the seeds. It’s a great workout! Then we press the wine into tanks and mature it until we’re ready to bottle so there’s no barrel maturation involved.”

Oxidation (which turns the wine to vinegar), is the risky bit. It’s happened only once on Jen’s watch, but opening the bags after the two week maceration is still nerve wracking. “Dad started doing the carbonic maceration process in 1985 so by the time I took over he had ironed out a lot of the problems. I added the foot treading to complete the fermentation process and that’s been really successful. We’ve stuck with it ever since.”

Summer in a glass

Gamay can be served chilled in summer and room temp in winter and because of its savoury finish, it can be paired with just about anything including pork, beef, chicken, lamb or red fleshed fish like salmon or trout.

According to Jen Pfeiffer, the foot treading fermentation with the stalks introduces tannins not normally seen in red wine and this adds “a layer of intrigue and interest and savouriness and complexity to all those beautiful fruit flavours which makes you just want to have another glass! “It’s just a very drinkable wine.”