A Hot Bed of Innovation 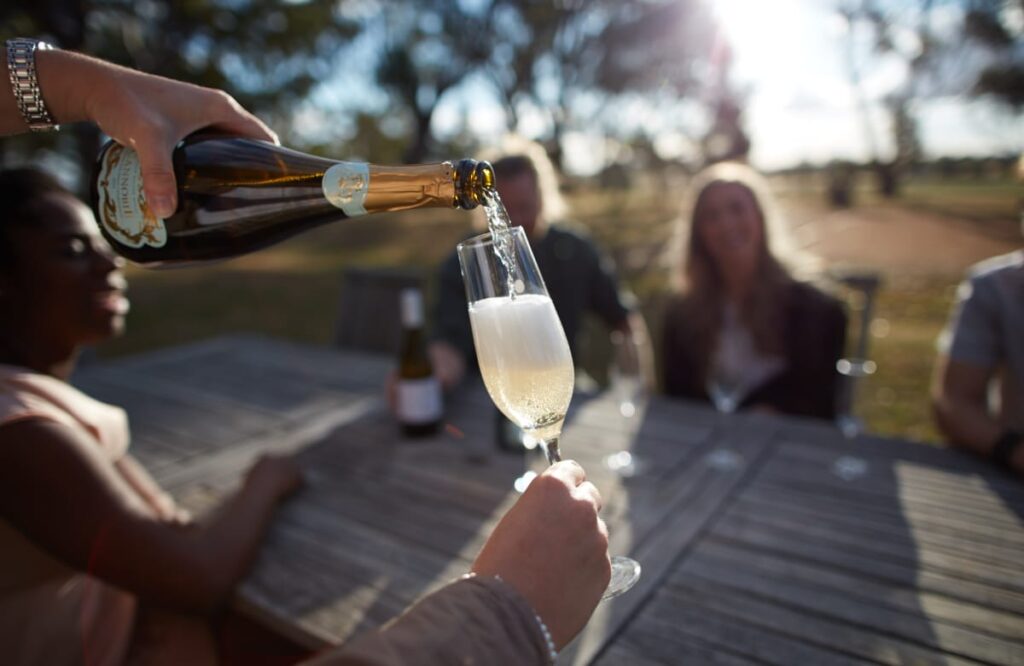 With over 160 years of history, innovation and moving with the times is part of the fabric of life as a winemaker in Rutherglen. Whilst we’ve forged a reputation for world-class fortified wines, rich and bold Shiraz, Cabernet Sauvignon and Durif, it’s the new wave of on-trend and emerging grape varieties and styles that have our winemakers excited.

Creative young makers work alongside those with decades of experience to create wines that are versatile, often brave, and deliver a joyful sense of discovery. It’s this sense of innovation, of exploration and pushing the boundaries that is driving the new wave of Rutherglen.

Rutherglen’s new wave of exciting varieties and styles are influenced by the continental climate of the European wine regions of the Iberian peninsula, namely Spain, Portugal and France with a number of southern-Italian varieties also being planted across the region.

Look out for new wave whites such as Arneis, Marsanne, Roussanne, Arinto and Alvarinho whilst Buller Wines Chief Winemaker Dave Whyte is enthusiastic about Fiano, a Southern Italian variety, labelling it ‘the next big variety’ to come out of Rutherglen. Fiano is also on the agenda at Jones Winery & Vineyard where Chief Winemaker Mandy Jones says it’s a great variety for the Rutherglen climate, thriving in warm dry climates, retaining its fresh, aromantic fruit characters and acidity.

Pfeiffer Wines are the only growers of Gamay in the Rutherglen wine region, and the now 48-year-old vines are believed to be the oldest planting of Gamay in Australia. Originating from Beaujolais in France it’s a fresh and savoury style of a lighter red wine ideally suited to our Australian climate.

Over at St Leonards Vineyard there’s a real buzz around Cabernet Franc, which has a remarkable capacity to resist extremely hot weather – something we know a thing or two about in Rutherglen. It manages to maintain a lot of its proverbial aromatic lift and complexity, producing wines in a savoury style with a wonderful, lifted aroma of red fruit and dried herbs.

So do your taste buds a favour and explore some of our emerging, on-trend and slightly offbeat varieties today!